A pair of rare Valk table globes published by Gerard and Leonard Valk at Amsterdam in 1750 and 1700. The Dutch globe makers Gerard Valk (1652-1726) and his son Leonard Valk (1675-1746) were the only significant publishers of globes in the Netherlands in the eighteenth century. The design of their globes was completely new and incorporated the latest geographical and astronomical discoveries and are hence the most accurate globes for that time. The pair includes a terrestrial and celestial globe with a diameter of 39 cm. (15 in.) each with 12 engraved gores and two polar calottes over a paper-maché hollow core, made up of two hemispheres joined at the equator and covered with a layer of plaster. Each globe is mounted in a new oak Dutch-style stand, the celestial globe with a facsimile paper horizon ring. Including the oak stand each globe has a height of 59 cm. (23 in.). The terrestrial globe in its third state, the celestial in its second state. A beautiful and eye-catching set of these rare globes. For more information please call or email us

Extremely rare, hand-colored set, of the only edition of Janssonius's town atlases of the Netherlands published in 1657. 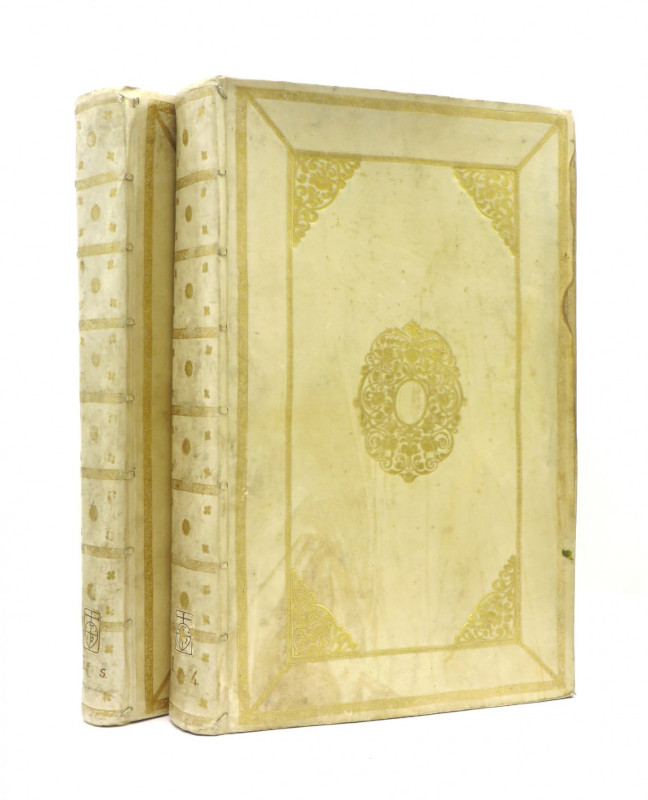 Novum Ac Magnum Theatrum Urbium Belgicae Liberae Ac Foederatae, Ad praesentis temporis faciem expressum a Ioanne Blaeu, Amstelaedamensi. A large-paper copy of the third Latin edition, 2 volumes, Latin text, 2 engraved titles, 225 engraved maps and views, all fine colored by a contemporary hand, folding vellum richly decorated with gold, gilt-edged text block. Folio H. 57,5 x L. 38 x W. 10 cm. (some small restorations on the edges, the engraved title of the second volume, and the maps of Dunkerque, Fort Mardick, Plasschendael, Hulst, and Tiel are browned.) “In this third edition we find the same views and plans arranged in nearly the same order as in the second edition, but a smaller number of plates [i.e. mapsheets], as several half sheets of the first edition have been combined to make whole sheets. Several plans have been amended, the text has been reset. This third edition is extended with extracts from the privileges granted by Philip II and Louis XIV. Of all the Blaeu atlases, the town books of the Netherlands are held in the highest esteem in the Netherlands. This is partly because their composition is linked up with the struggle for independence from Spain of the Dutch Republic in the 17th century” (Koeman). 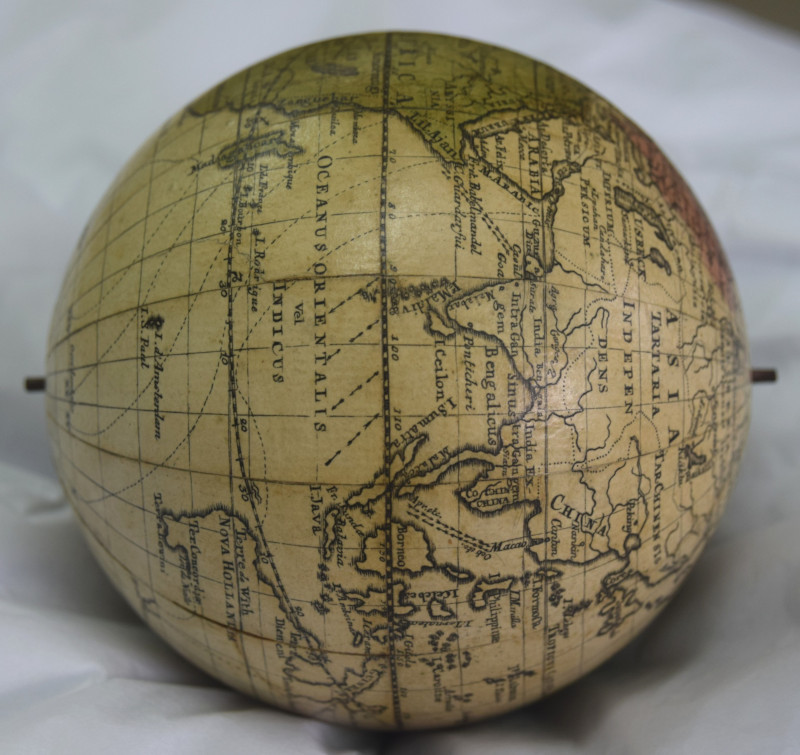 A superb and very rare miniature terrestrial globe with a diameter of 11 cm. 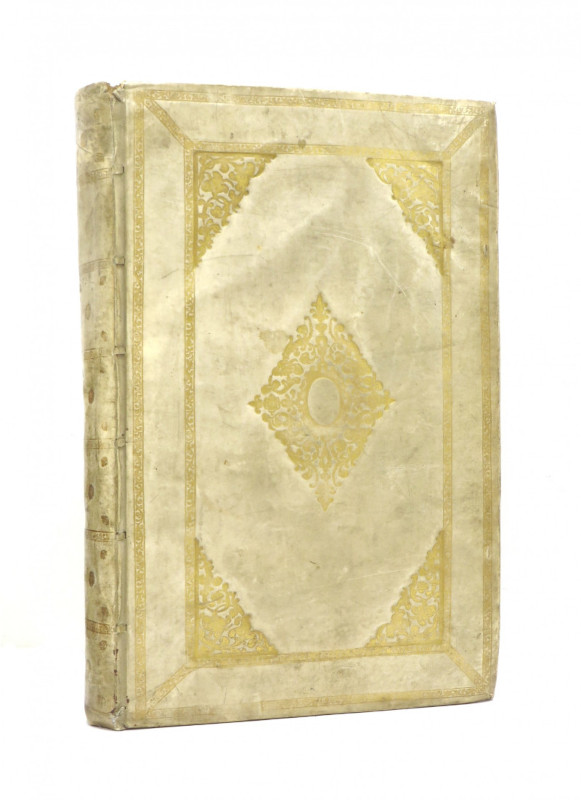 A fine copy of Janssonius’ historical atlas in an exceptional colouring and lavishly heightened with gold. 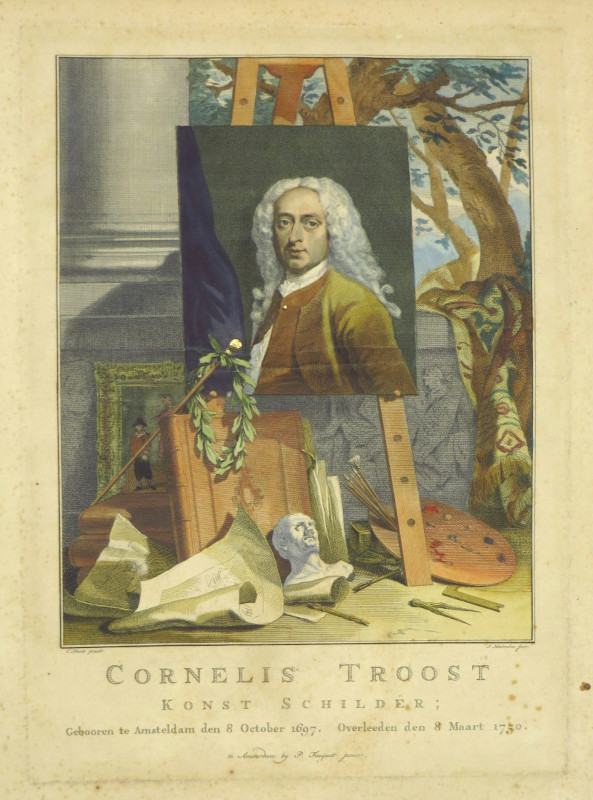 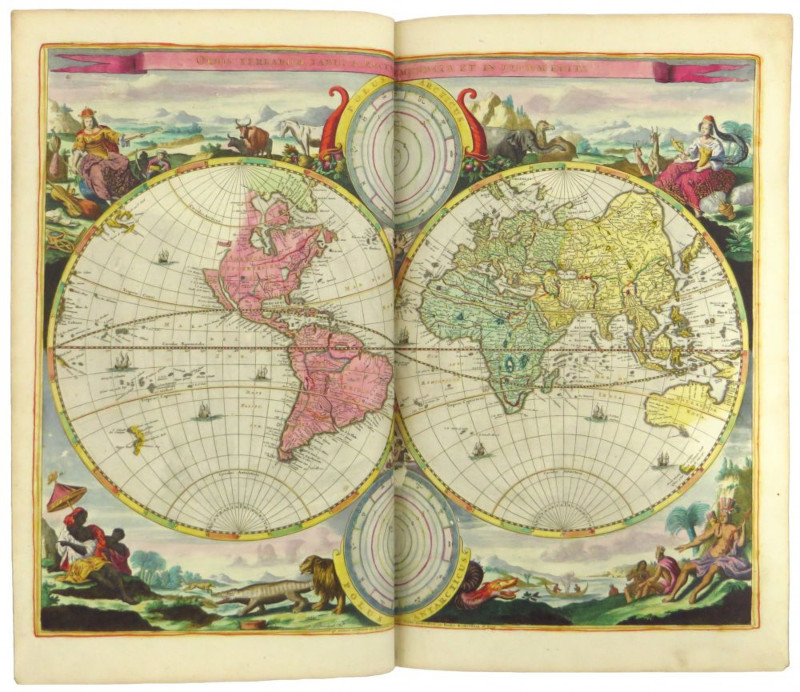 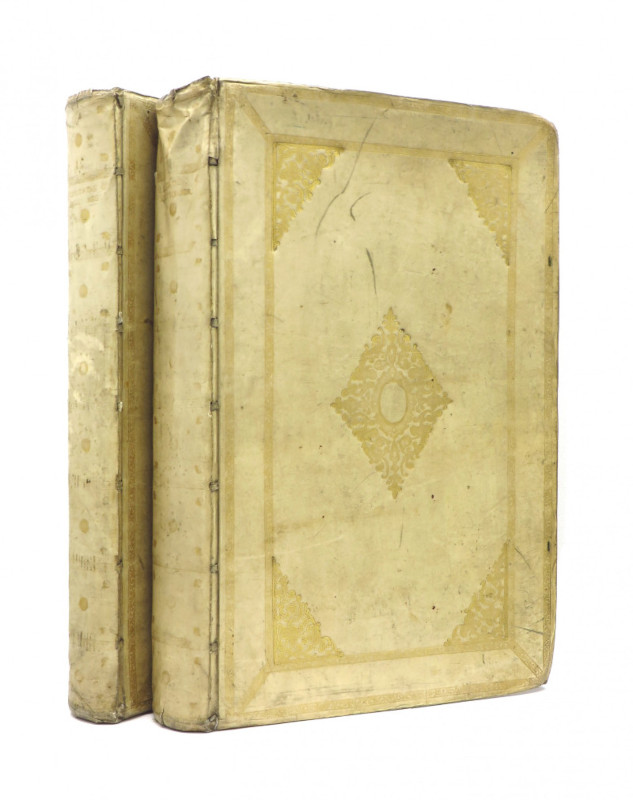 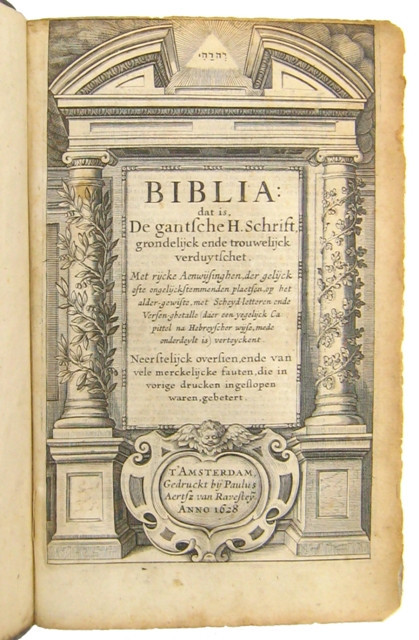 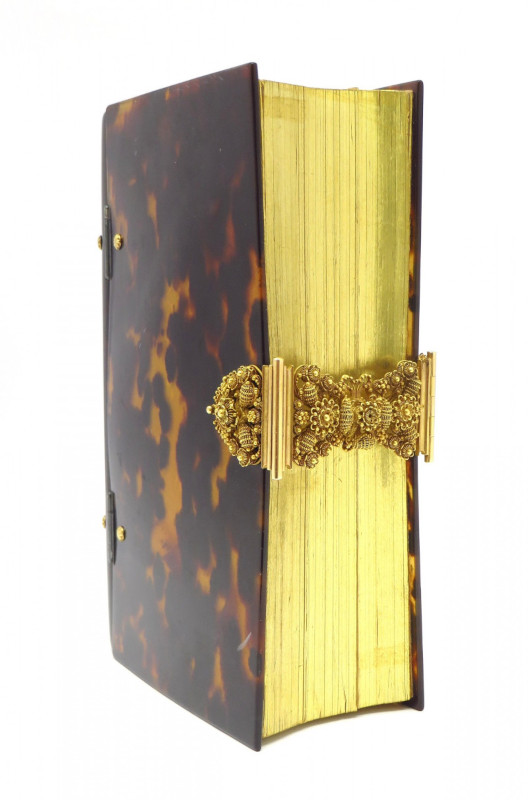 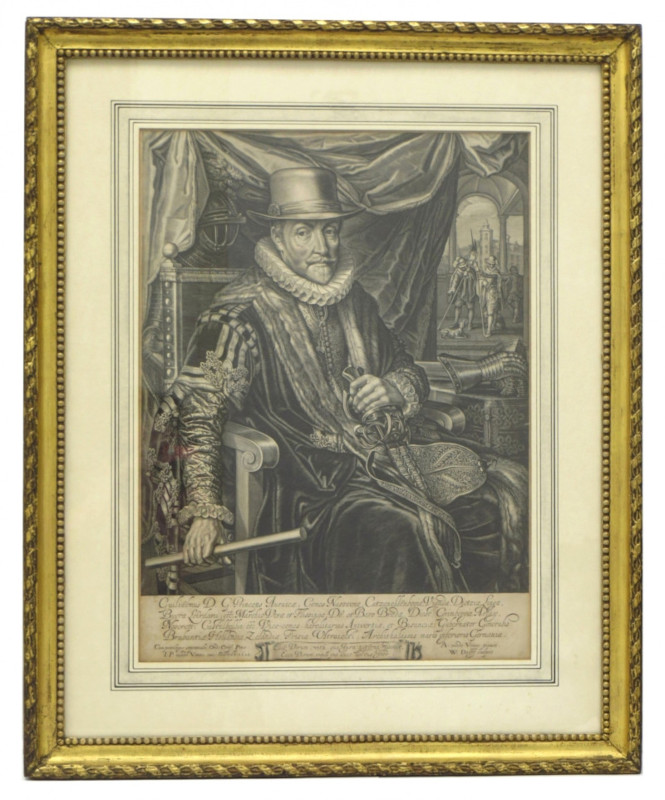 An extremely rare portrait of Willem I, (1533 – 1584), Prince of Orange, Count of Nassau-Dillenburg, from the estate of Anton Philips. 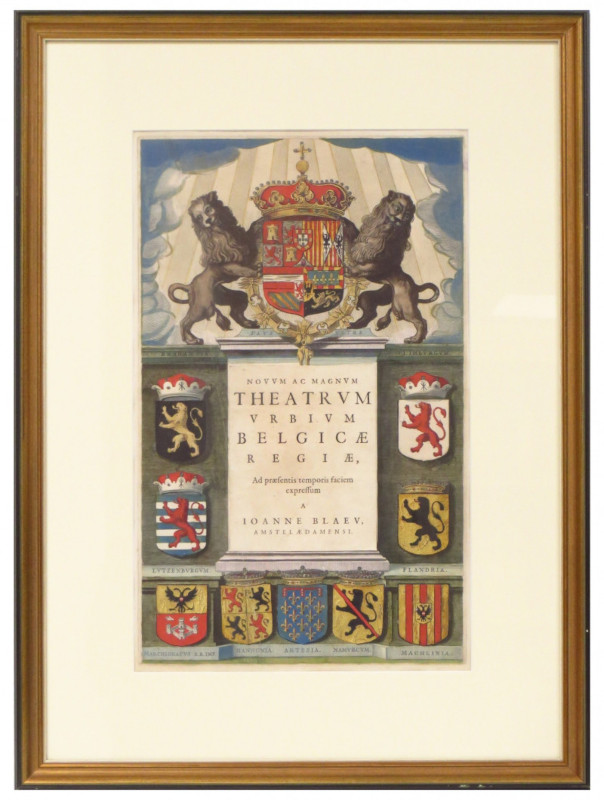 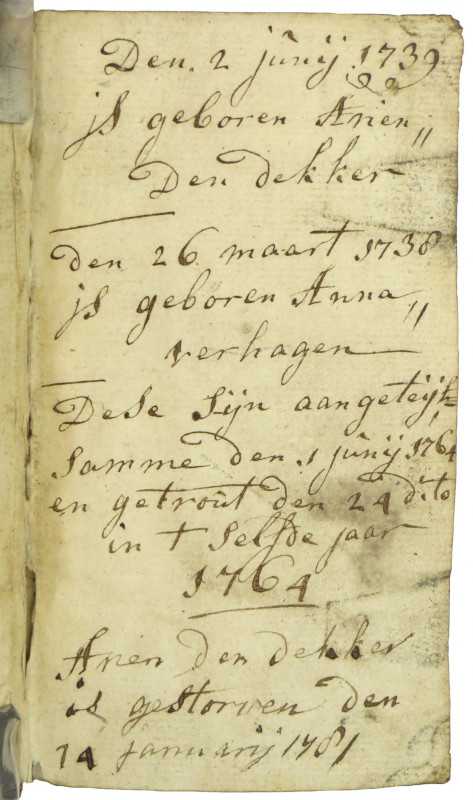 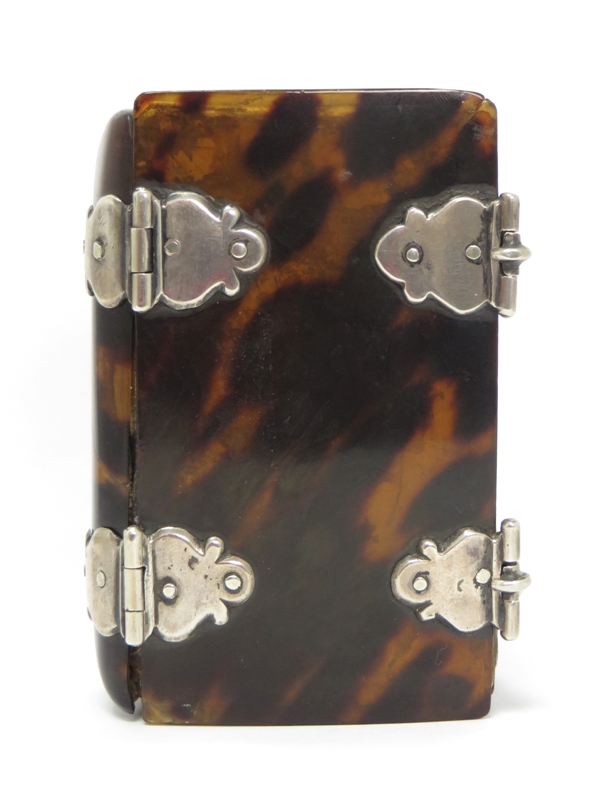 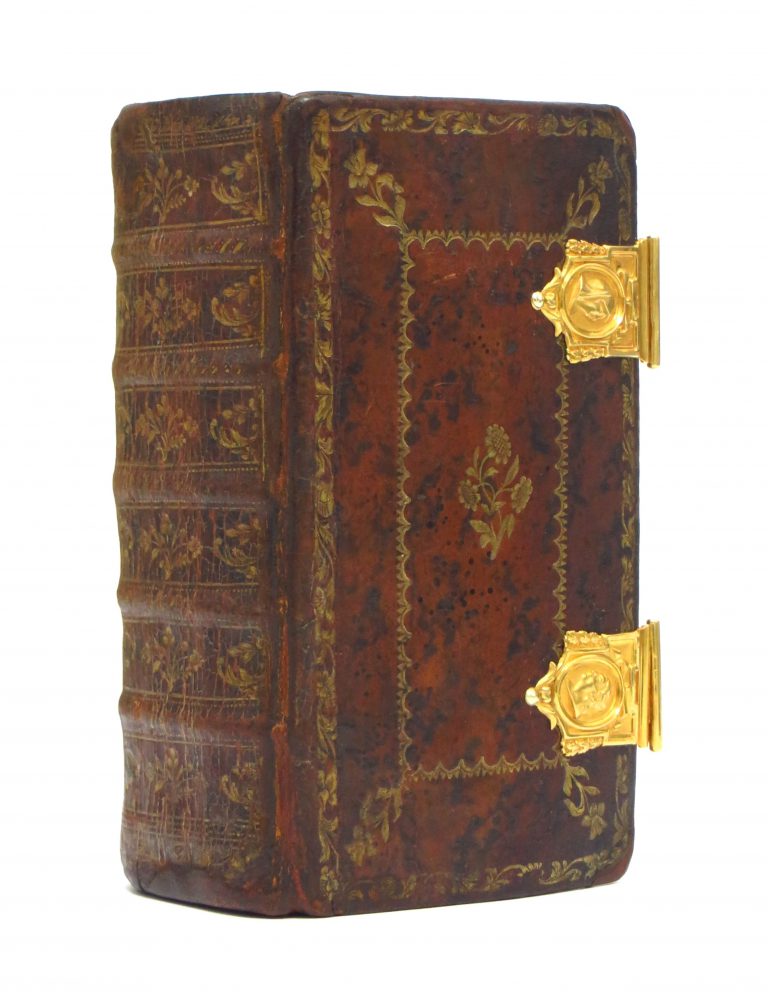 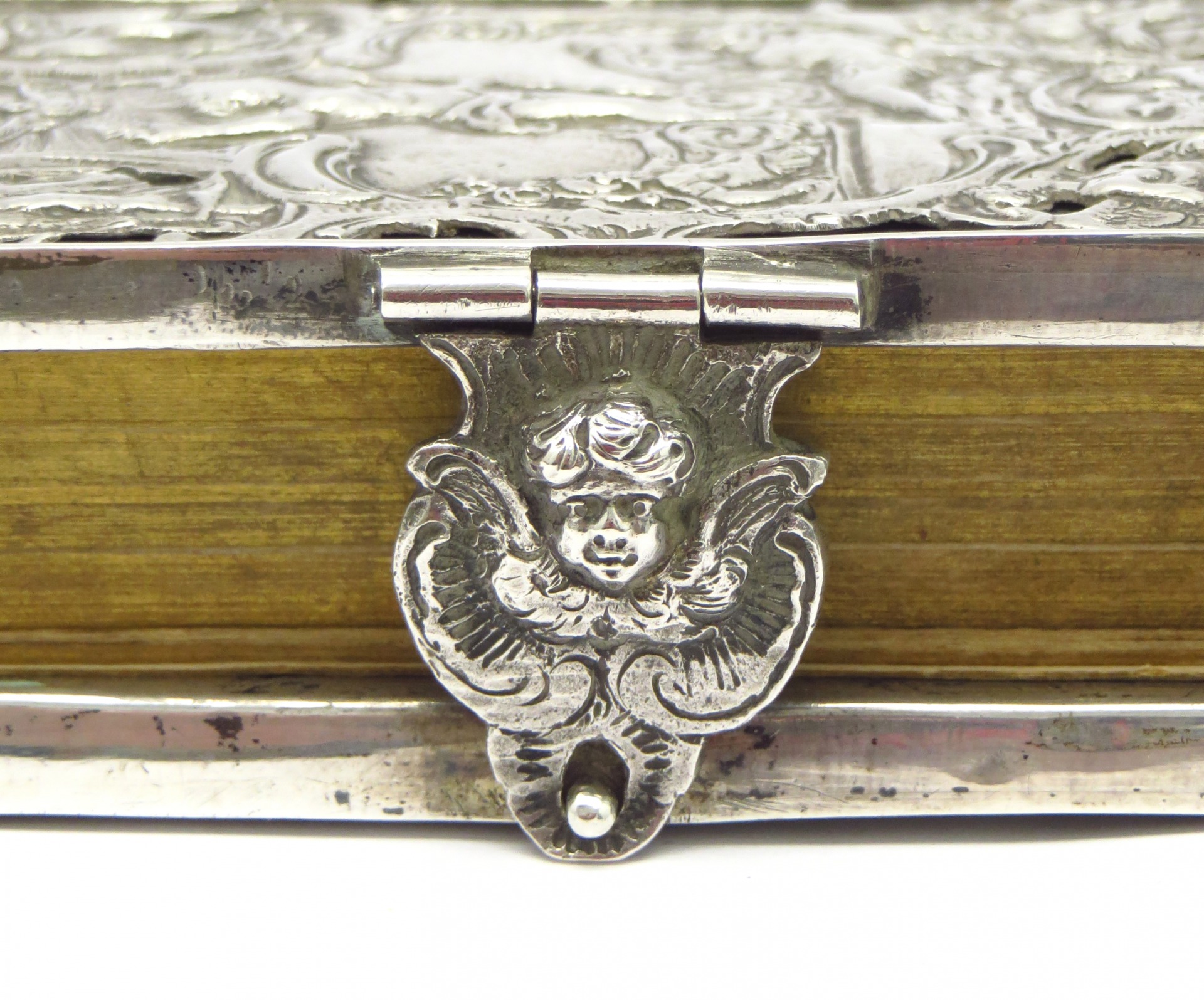 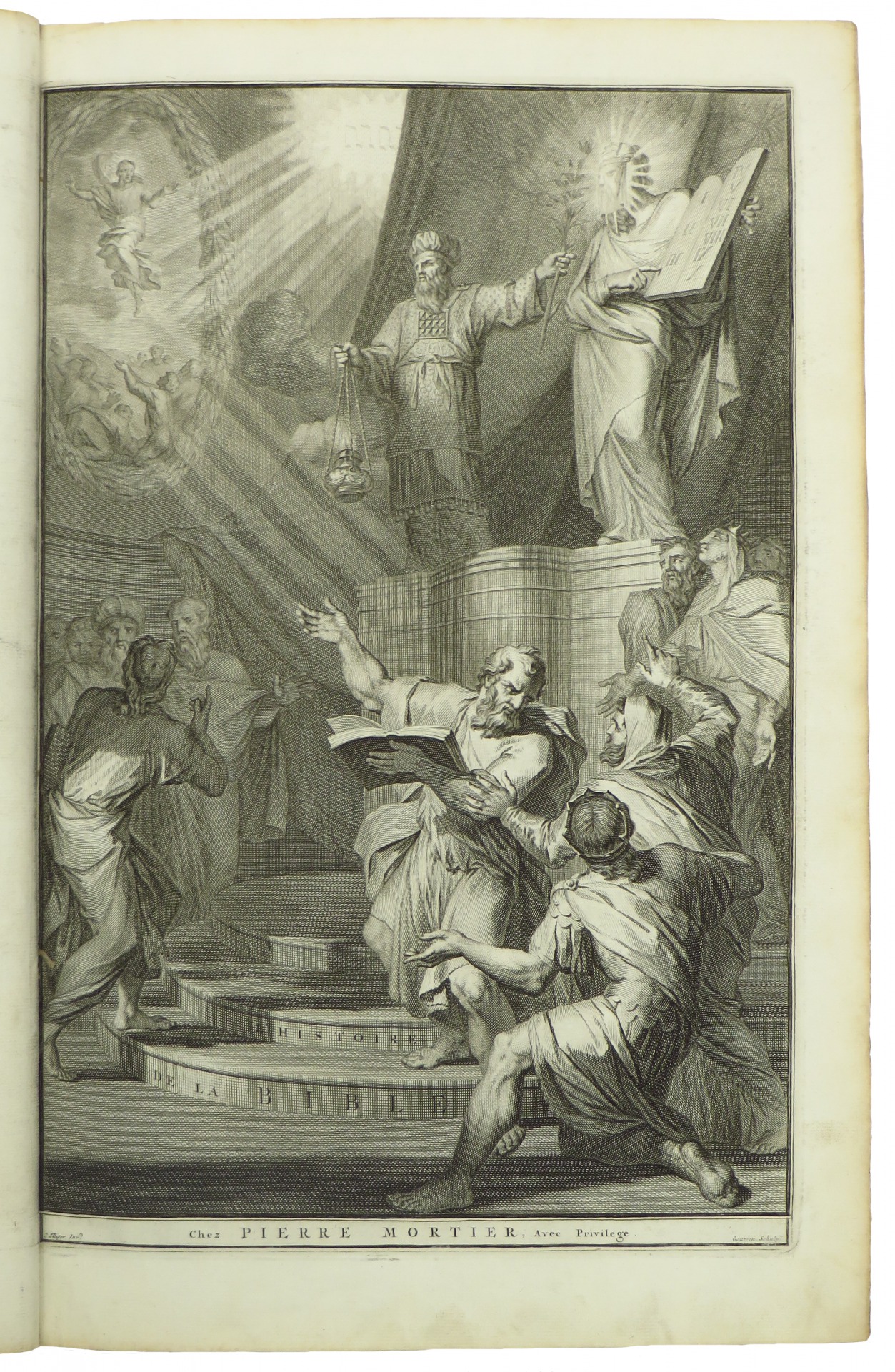 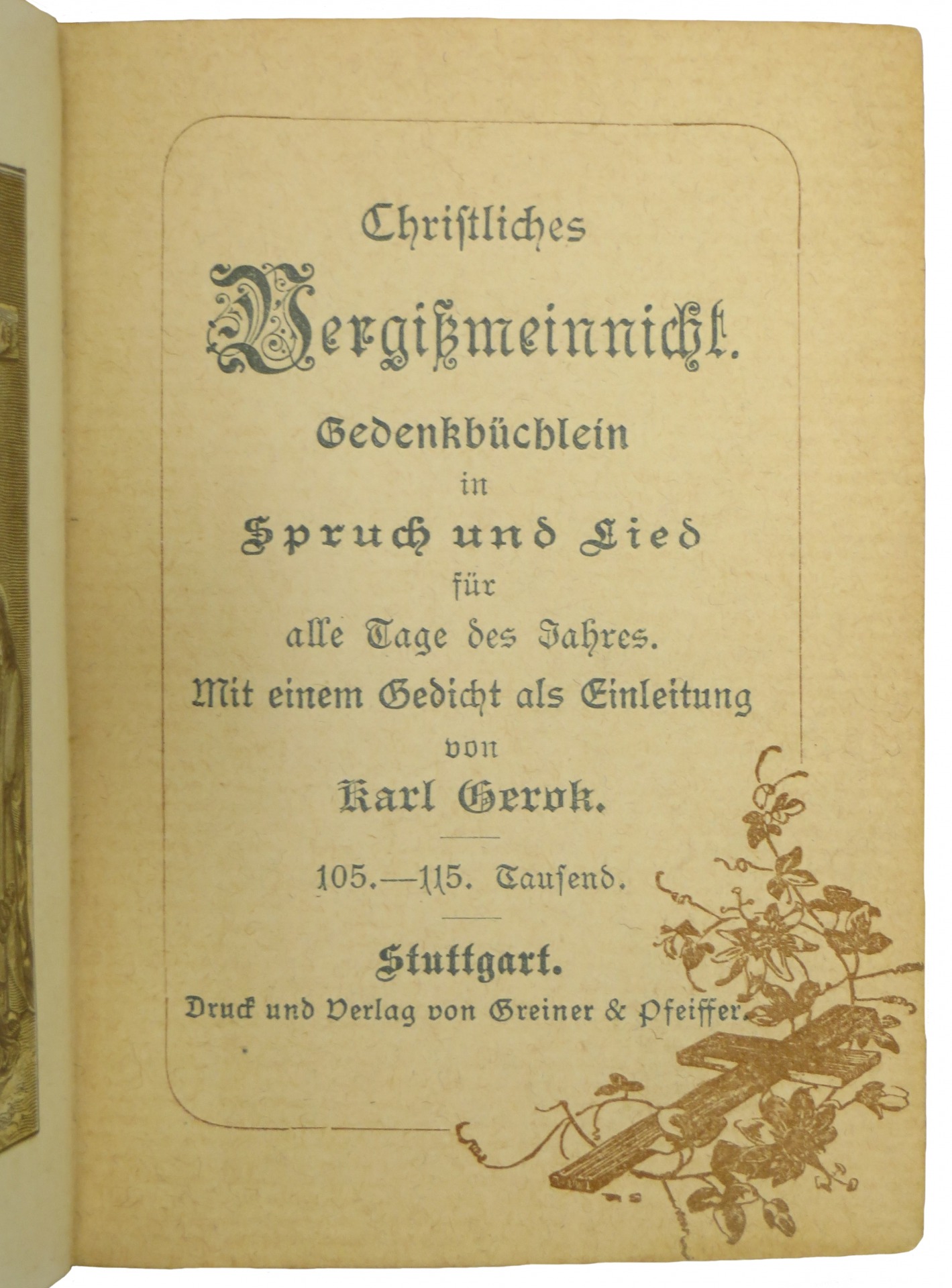 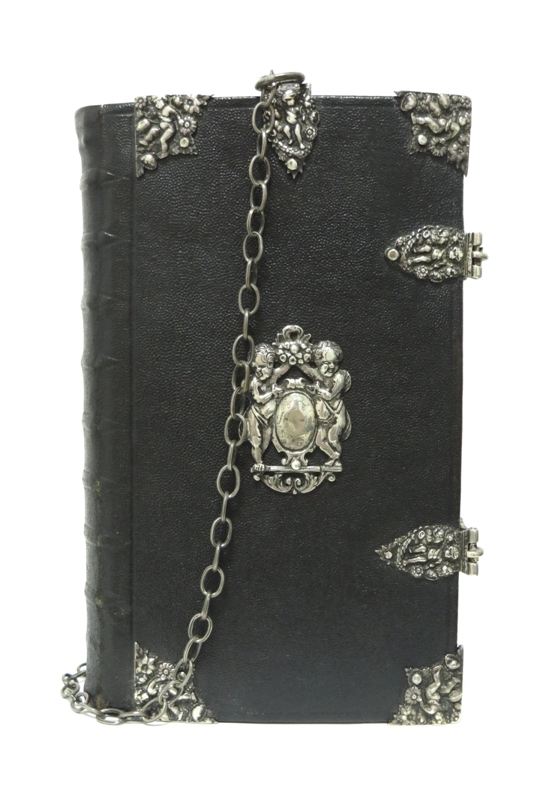 A firm example of an eighteenth-century chain bible book from Amsterdam, 1711. 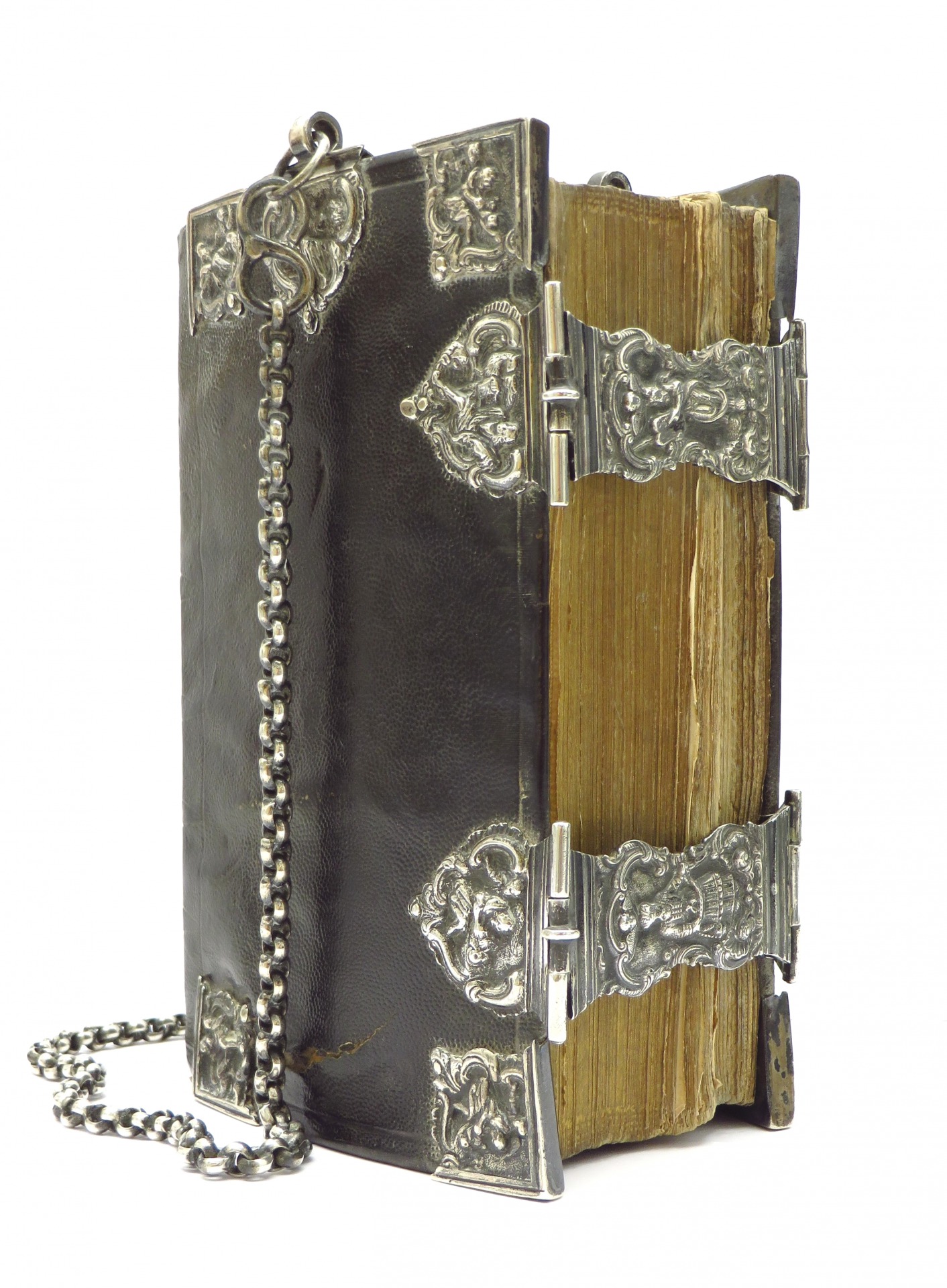